As the snow thaws, relations between staff and employers remain frosty in many workplaces over the docking of pay during the weather crisis.

The STUC’s ‘how cold is your boss?’ survey, widely covered over the weekend, made clear that withheld pay was pervasive in hospitality, construction, and other sectors, leading to outrage and anger across Scotland.

Earlier this week the STUC and the Scottish Government agreed that some workers were placed at ‘unnecessary risk through being compelled to travel to work or placed under threat of lost pay’, and have committed to developing a charter focused on the treatment of workers affected by severe weather.

But today Jillian Merchant from Thompsons solicitors pointed out that ‘despite the Scottish Government’s sympathetic words, they have little – if any – power to change the law in this area’.

Meanwhile, she said, the law itself ‘is of very little, if any, assistance to those unable to attend work due to the adverse weather’. This put the law ‘grossly out of step with public opinion’.

It was a demonstration of the strength of feeling last week that the Scottish Government took the position it did, encouraging employers not to deduct wages from workers. But it is clear that the most effective way to ensure that your employer acts reasonably and fairly is by joining a union and taking collective action. 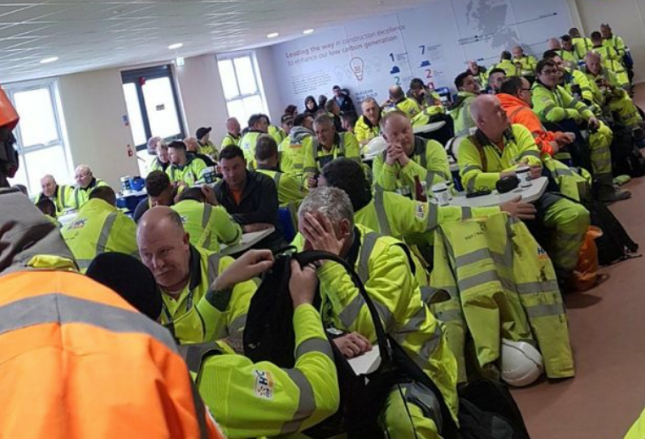 Across the UK, where companies have refused to pay staff, workers have taken action in response through their unions – such as the young workers in Livingstone who pressured their fast-food managers to close the store early, and the 500 workers at Hinkley Point nuclear power station in Somerset who staged a sit-in in protest over wage deductions despite being available for work.

As employers can decide to withhold pay, so unions can decide to bargain, ballot members, and ultimately withhold labour. One story of the storm, then, is that where neither government not legal avenues provide routes to redress, trade unions provide the most potent and effective force for justice.

To find out what union you can join, email info [at] stuc.org.uk or message Better than Zero