For International Women’s Day, the Chair of the STUC Women’s Committee describes what brought her into the movement and what is driving the work of the committee this year.

My name is Joyce Stevenson, and I am proud and excited to be Chairperson of the STUC Women’s Committee this year.

Each time I attend the STUC Women’s Conference, I see more of the positive work being undertaken by amazing women to advance the women’s movement. 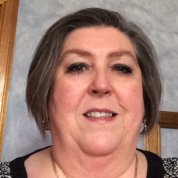 And being on the STUC Women’s Committee since 2011 has given me an enjoyable avenue for promoting women’s issues and the equality agenda of women and children.

Two things happened in my childhood that were instrumental in me becoming involved in the equality movement.

When I was 9, my family immigrated to Detroit. It was a complete culture shock. It was at the end of the race riots and the school I attended was in an all-white neighbourhood. I couldn’t understand segregation and why it could be allowed, far less be deemed normal. Detroit at the time had confined African Americans to small parts of the city.

It was a further 18 months before the school was open to all students. I remember mum and dad sitting me down and telling me to be friendly to everyone. Little did they know that having a Scottish accent (which I was not giving up) meant that I was who would be stared at!

I also credit my mum with giving me the drive to get involved in the equality movement: a strong woman, widowed at 39 with 3 children, in a foreign country and having to make the decision to come back to Scotland. I saw first-hand the struggle she had and how the state and the taxation system treated her as a single mother. One of her favourite sayings was ‘what’s the point in having an opinion if you don’t express it?’ So you can blame mum for my forthright manner!

I have been a member of the Communication Workers’ Union for over 40 years (although I always give my age as 34, and holding). I have been an Operator dealing with 999 calls since starting work with BT in 1978, holding many different posts as my union and the 999 service have evolved. Those who know me as Vice Chair of the CWU’s Standing Orders Committee will know that I am quite rule-book oriented!

Since my election the committee has finalised a busy work plan for the year ahead. We have sought this year to focus on equality and fair work in each of our objectives and priorities.

This year the Committee will continue to host weekend schools for women to share ideas and get to know each other alongside our more formal work. We know that many women have found the schools to be excellent, and have used the skills learned at them to become more involved within the STUC and their own trade unions.

It’s all about mentoring and giving women the skills and confidence to realise their potential in whatever they want to do. It’s also about making sure we never pull the drawbridge up behind us.

As well as weekend schools, the committee plans to build on the Mental Health Workshops that were held last year in conjunction with the Youth Committee and the Black Workers committee. Mental health is raised at every conference I attend, and we need more training for our reps.

Union reps face their own mental health issues through the stress of supporting members. They are often the first person a member comes to with their own workplace stresses, and the Women’s Committee will work to make sure that reps in turn are supported to deal with the strain of representing, which can sometimes become a difficult part of the overwhelmingly positive – and often very joyful – role of a rep.

So whether you are new to the women’s movement or have been active for as long as me, I am happy and honoured to work with you as the Chair of the STUC Women’s Committee in the coming year.