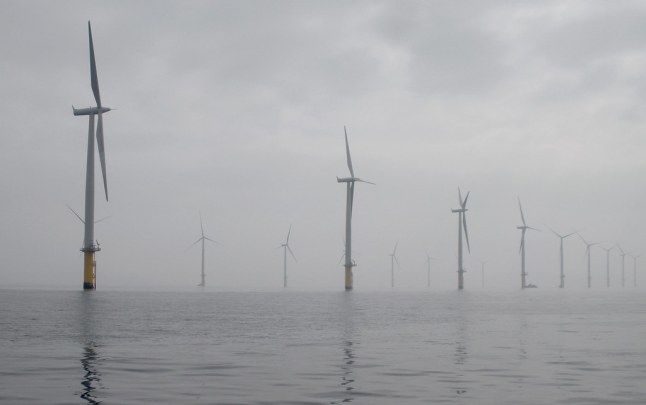 As part of a series of blogs trying to get to grips with the energy market and considering who is responsible for the failure to ensure workers and communities in Scotland benefit from offshore wind, STUC Policy Officer, Francis Stuart, looks at the role of the UK Government’s energy policy.

On 14 September, Fife Trades Council are organising a march and rally under the banner ‘Fife, Fighting for our Future’ as part of the fight for renewable jobs in Methil and Burntisland.

As well as the loss of jobs at Havelock, the threat of job losses at Rosyth and attacks on pay at Diageo, the march is being organised in response to reports suggesting that the Bifab yards in Methil and Burntisland are only due to win 8 jackets out of the 54 required for the new Neart Na Gaoithe (NNG) offshore wind farm. The rest are set to be made by the Italian firm, Saipem, in Indonesian yards, before being shipped halfway across the world.

Improving knowledge of the way the industry works is key to building workers’ power and control in the sector. So who is responsible for the situation where a yard with the skills and ability to manufacture content for a windfarm 15 miles away, loses out to an Italian firm operating in an Indonesian ‘free-trade zone’ benefitting from a number of tax exemptions?

With some exceptions, such as planning powers which are devolved, energy policy is largely a reserved matter. That means it is the UK Government’s responsibility to determine the framework for how electricity is generated, transmitted, distributed and supplied to households and consumers.

Introduced by the coalition Government, ‘Contracts for Difference’, are the main mechanism for supporting low-carbon electricity generation. The scheme involves the Government auctioning off renewable projects to private developers to produce energy at a ‘strike price’ – a pre-agreed price aimed at reflecting the cost of low-carbon technology which is higher than the market price of electricity. Coupled with a separate ‘capacity market’ aimed at ensuring sufficient capacity in the system, the result is a complicated market-based system where the Government pays to take electricity generation and pays to refuse it. As Trade Unions for Energy Democracy (TUED) state:

“By locking in both volume and price for sales of new low-carbon generation at non-market prices, for fifteen years, these agreements effectively established a long-term, guaranteed, risk free, publicly subsidised income stream for producers.”

What’s more, these subsidies are funded entirely through a levy on consumers’ bills rather than through general taxation, disproportionately impacting on low-income households.

Given this, one might expect some kind of quid-pro-quo for workers and communities who are ultimately paying for the policy. Yet, despite vague targets for ‘lifetime content’ in an offshore wind sector deal, there is no provision within the funding mechanism to ensure content is manufactured locally.

The STUC and the communities of Methil and Leven want to play their part in building a low-carbon economy and meeting climate change targets. However, until UK Government changes its approach to energy policy – to one built on public control and local benefit – the Bifab yards in Fife are likely to continue to operate below capacity while jobs, tax revenue and carbon emissions are offshored halfway round the world.

The energy landscape is complicated. Deliberately so, following Margaret Thatcher’s privatisations in the 1980s. But upskilling our knowledge and then taking action helps builds confidence among workers and communities. The actions taken by workers at Bifab and the rally in Kirkcaldy on 14 September, gives a glimmer of hope that we can create good quality renewable jobs while tackling the climate emergency.

You can read more about some of these issues in STUC’s Broken Promises report. Further blogs will consider the role and responsibility of the Scottish Government and private developers in ensuring workers and communities in Scotland benefit from offshore wind development.